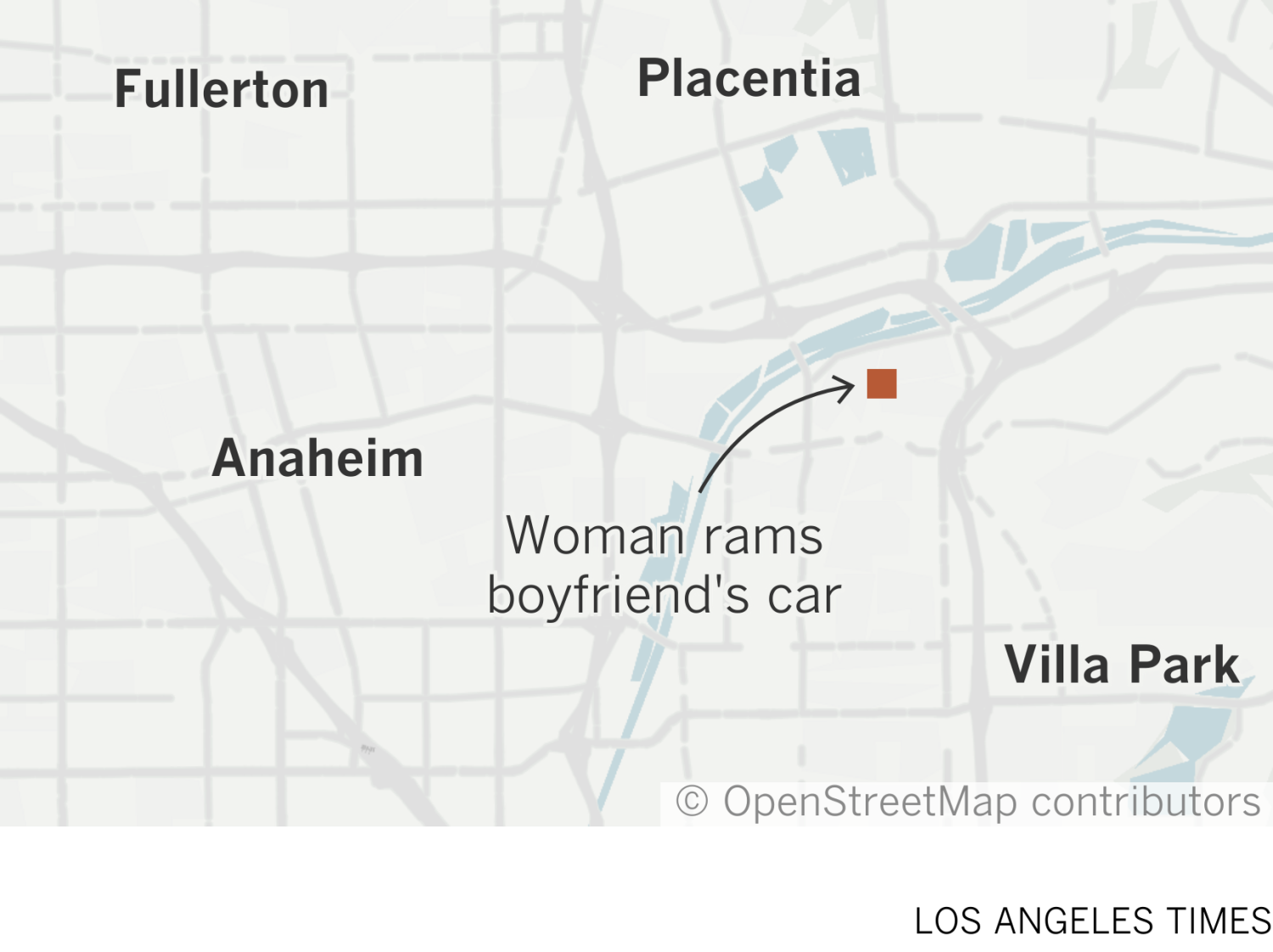 A 38-year-old woman died in Orange after she rammed her car into her boyfriend’s vehicle early Saturday, police said.

“The incident occurred at 5:48 in the morning,” said Orange police spokesman Sgt. Phil McMullin. “We received a call about a collision.”

The woman and the man had a “verbal altercation” at their home in Anaheim, he added. Following the argument, the man left the house in his car, and the woman followed in her vehicle. He was driving on Santa Ana Canyon Road, police said, and the collision occurred just before Orange-Olive Road.

“Her car hit a raised median and tumbled over several times,” McMullin said. “She was ejected and pronounced dead on the scene.”

The coroner’s office reportedly identified the woman as Didiana Lomeli.

The man, 27, did not suffer any major injuries.

They were parents to a toddler, who was not in the car, police said.