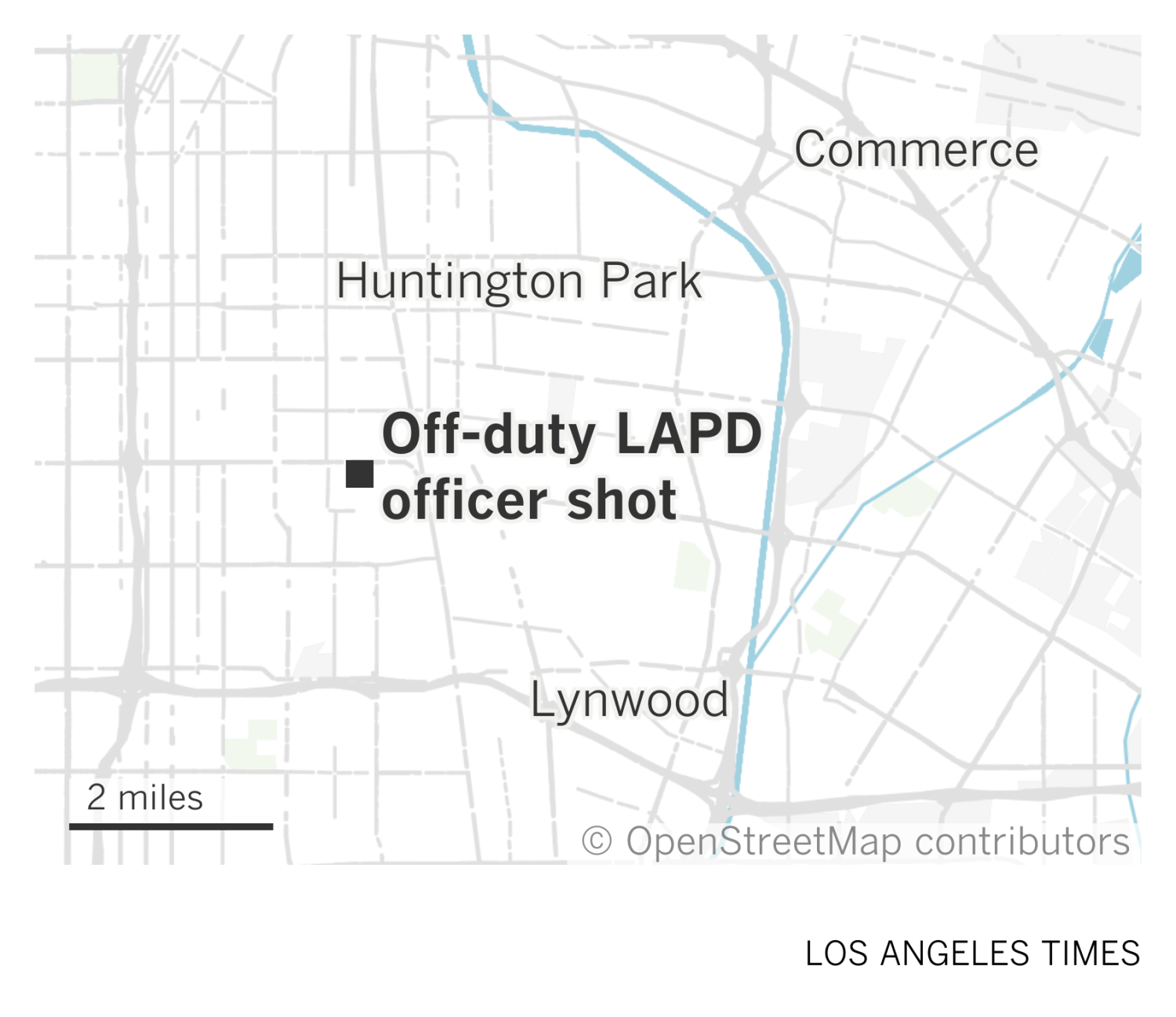 The shooting occurred at 9:16 p.m. in the 8700 block of Beach Street in Florence-Firestone, said Deputy Tracy Koerner, a spokesman for the L.A. County Sheriff’s Department.

Deputies took the injured officer to a hospital, Koerner said. His condition was not disclosed.

A Los Angeles Police Department spokesman said he was not able to release any information about the officer.

Further information about the shooting and the officer was not available Monday night.

All monkeys accounted for after trailer crash

‘Miserable and Dangerous’: A Failed Chinese Promise in Serbia