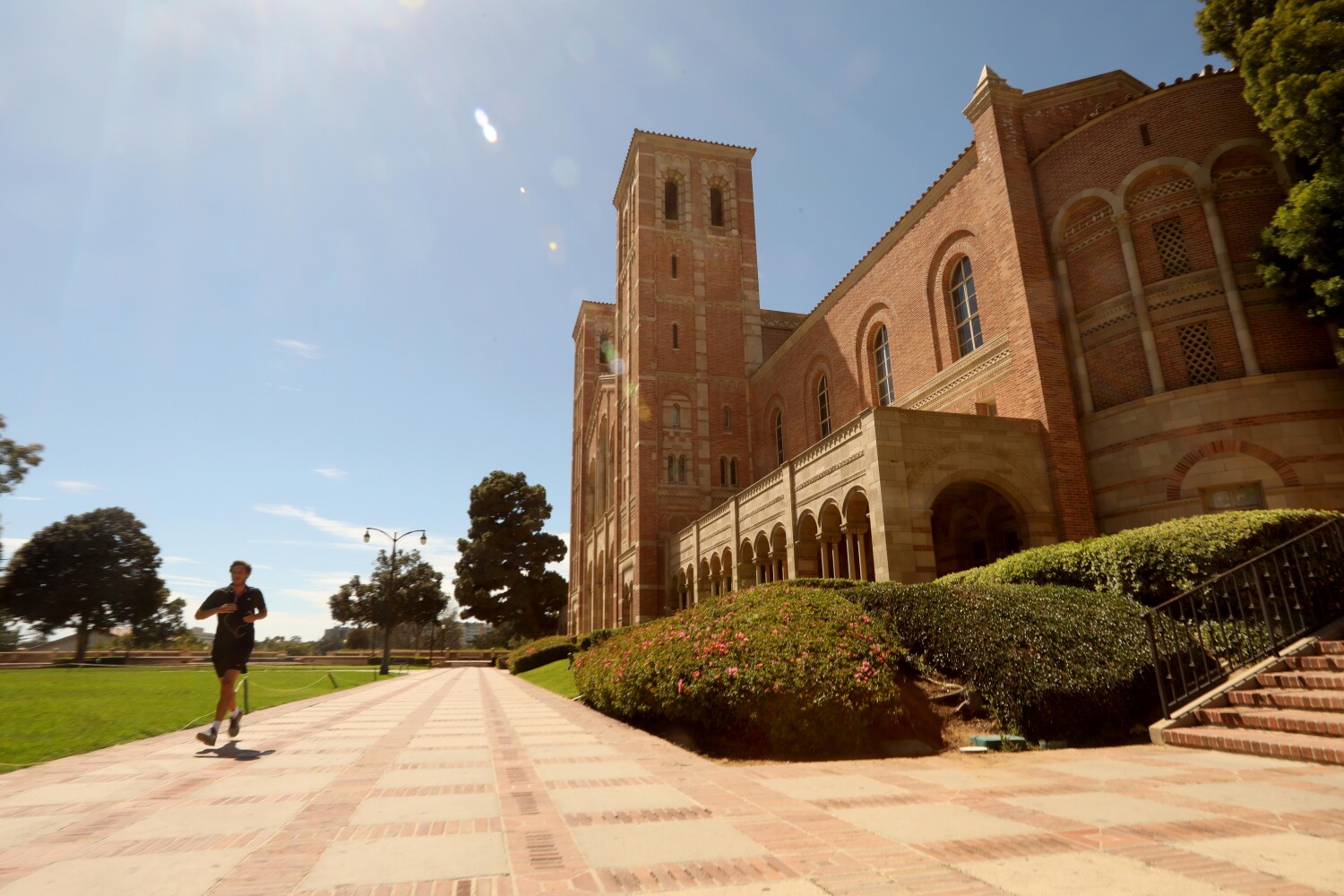 But there’s also a big caveat. The public university systems have to close achievement gaps among underserved students, a stubbornly elusive goal for years, and meet a long list of other specific targets to boost graduation rates, reduce the cost of attendance and increase California undergraduate enrollment.

The budget plan also proposes funding to increase California student enrollment this fall by 9,434 students at Cal State and 7,132 at UC — including 902 seats at UCLA, UC Berkeley and UC San Diego currently allocated to international and out-of-state students. The state would provide $31 million to those three popular campuses to cover the cost of replacing nonresident students, who each pay about $30,000 in supplemental tuition, with Californians.

The multiyear agreements Newsom unveiled with UC and Cal State would provide a 5% base general fund increase for five straight years in exchange for commitments to expand access, equity, affordability and training for state workforce needs. The list of targets is longer and more prescriptive than those in previous agreements between governors and state universities. Former Gov. Jerry Brown, for instance, focused more generally on increasing transfer students, reducing costs and shortening the time to obtain a degree.

Newsom’s higher education budget proposal notably features ambitious timelines for the elimination of differences in graduation rates between students who are low-income, underrepresented students who are Black, Latino and Native American and the first in their families to attend college and their more advantaged peers. But meeting those targets — 2025 for Cal State and 2030 for UC — could prove a heavy lift.

At Cal State, for instance, those gaps widened last year, with the differential in graduation rates for underrepresented students growing to 12.4% and for low-income students, 10.2%. The gap worsened even as the 23-campus system moved closer to its goal to raise the overall four-year graduation rate to 40% by 2025 — hitting 33% last year from 19.3% in 2015, when the initiative was launched.

The pandemic’s disproportionately negative impact on underserved college students, who are experiencing more failing grades and school withdrawals, may make it even more difficult to meet the agreement’s targets.

An administration official, however, expressed confidence that the university systems would meet their goals and did not identify any consequences if they did not.

“We believe they’re sincere in their commitments,” the official said. “I don’t think they would have agreed to it if they thought they couldn’t do it.”

Overall, UC would receive an increase of $307.3 million in ongoing funding, including $200.5 million for the 5% base general fund increase, $99 million for enrollment growth and the replacement of nonresident students, and additional support for foster youth students and firearms research. In addition, the budget proposes $295 million in one-time funds to support climate research, innovation and entrepreneurship, dyslexia research, deferred maintenance and other needs.

To lower the cost of attendance, Newsom is asking UC to increase the share of new tuition revenue dedicated to financial aid to 45% from the current 33% and eliminate textbook costs for lower-division undergraduate courses and a “substantial portion” of upper-division and graduate courses. Cal State also is asked to reduce the cost of instructional material.

Cal State would receive an increase of $304.1 million in ongoing funding, including $211.`1 million for the 5% base general funding increase, $81 million for enrollment growth, and increased support for foster youth students. The plan also includes $233 million in one-time funding to build the Cal State Bakersfield Energy Innovation Center and support farming programs, deferred maintenance and other programs.

Under the agreements, Cal State will increase online offerings and boost enrollments in education, early education, science, technology, engineering and math programs by 25% to help create a “high demand career pipeline” under the plan. UC has agreed to increase graduates in those fields.

In addition, the budget plan includes $750 million for campus housing projects and increases of $515 million for the Middle Class Scholarship program and $500 million for programs to help students complete college financial aid forms. One-time funding for both systems is significantly lower this year because the state surplus is smaller and federal COVID-19 relief disbursements are lower.

The budget’s specific metrics will be refined with UC and Cal State over the new few months for presentation in the May revise, an administration official said.

All monkeys accounted for after trailer crash

‘Miserable and Dangerous’: A Failed Chinese Promise in Serbia