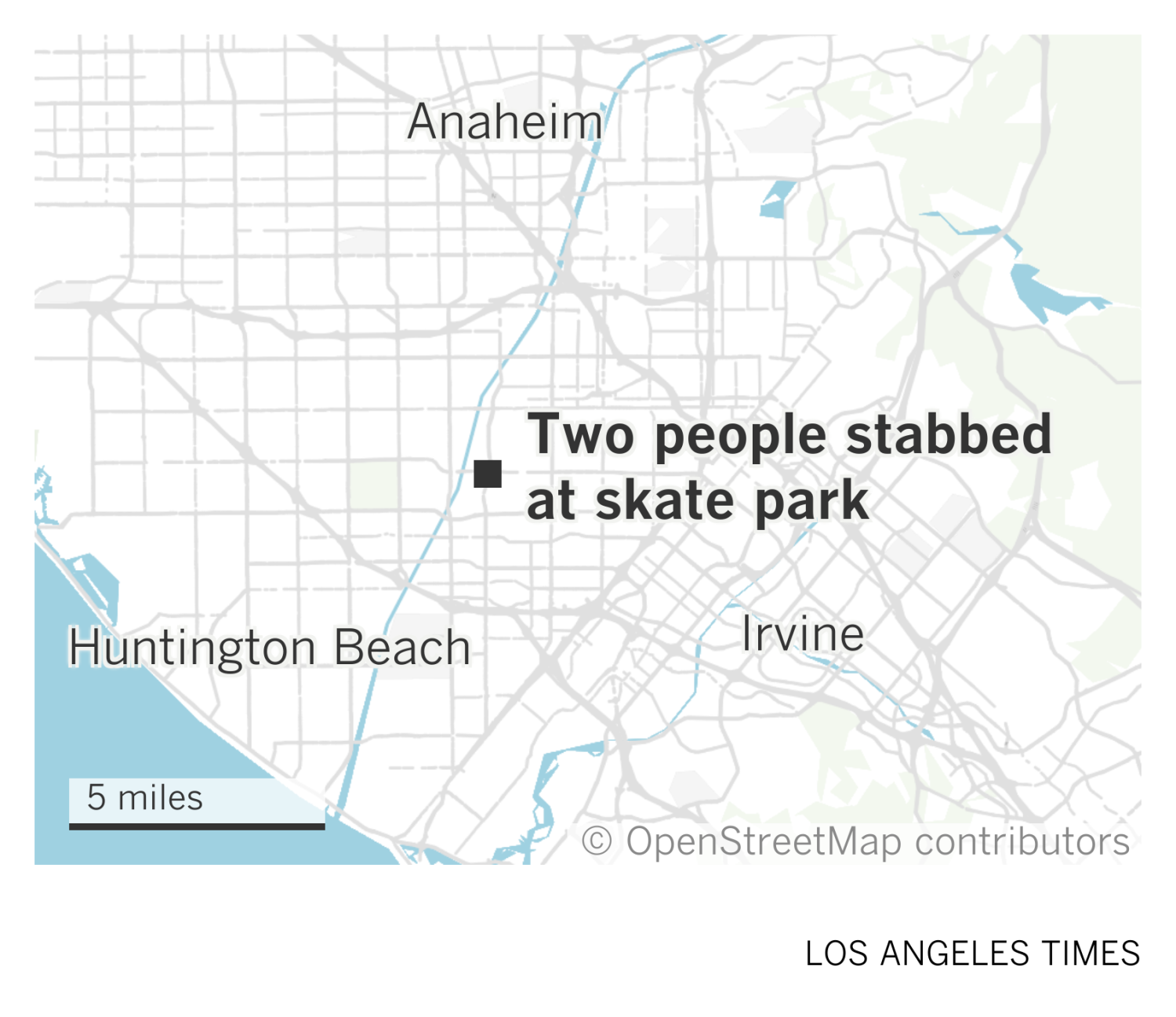 A 27-year-old Santa Ana man was arrested Friday in connection with a double stabbing that left one person dead the night before, authorities confirmed.

Nicholas Nunez was taken into custody around 7:11 p.m. and booked into jail on suspicion of murder and attempted murder, according to the Santa Ana Police Department.

Officers were called at 8:22 p.m. Thursday to South Coast Global Medical Center after two people suffering stab wounds to their chests were dropped off, police said.

Jose Merlan, 27, of Santa Ana was pronounced dead at the hospital, police said. The second victim was admitted for treatment. An update on their condition was not available Friday night.

Officers traced the stabbing to Centennial Skatepark at 3000 W. Edinger Avenue and found surveillance video of a fight between the two victims and a man, police said.

Investigators believe Nunez and the victims were involved in an ongoing dispute, which led to the stabbings, police said.

Further information about the case was not available Friday night.

Anyone with information is asked to call Santa Ana Police Department Homicide Section detectives at (714) 245-8390 or Orange County Crime Stoppers at 1-855-TIP-OCCS.