Massive tree kills one after falling onto Encino home 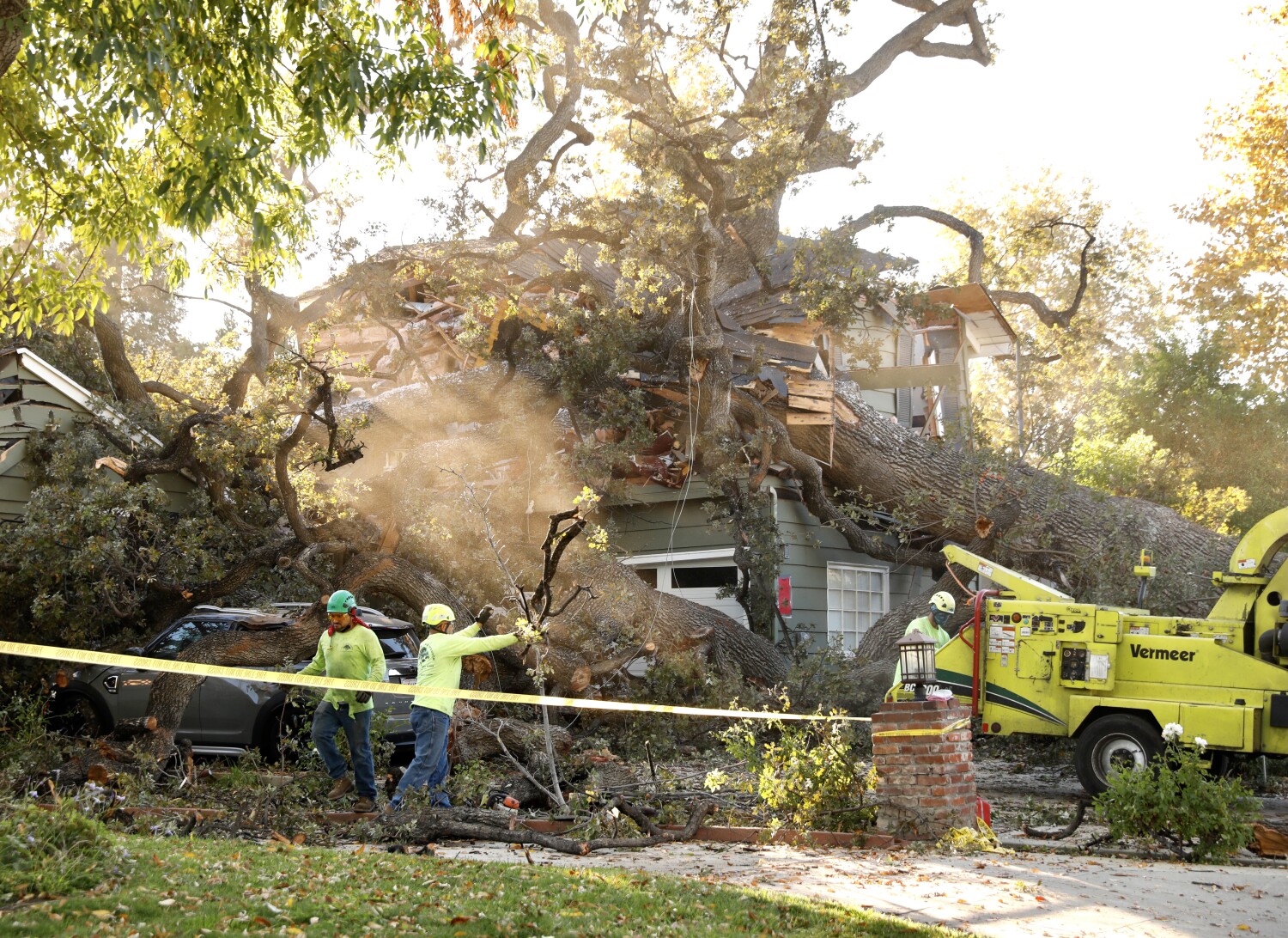 A 64-year-old man was killed and two other people were rescued late Sunday after an enormous tree came crashing down onto an Encino home, authorities said.

The oak tree — estimated to weigh 100,000 pounds — smashed into a two-story house in the 5000 block of Odessa Avenue around 11:14 p.m., according to officials with the Los Angeles Fire Department. Authorities said the weather conditions were calm when the tree fell.

Video from scene shows a badly crushed house amid a chaotic tangle of leaves and branches. The home’s frame had been ripped apart in places by the hulking tree.

Rescue personnel found a 64-year-old man dead inside the house, trapped under a section of the massive tree in a second-floor bedroom, according to Margaret Stewart, a Fire Department spokesperson.

Two women and a dog were rescued from the roughly 3,200-square-foot home. A firefighter carried the dog out of the wreckage, and the two women hoisted themselves over a large section of the tree outside the structure with the help of fire personnel, video shows.

None of those rescued suffered any injuries, and the Red Cross is helping provide temporary lodging for the displaced residents, Stewart said.

A private contractor is removing the tree to allow for recovery of the man’s body, she said, noting that the process will probably involve cutting out sections of the tree while taking into account the structural stability of the house.

It’s not clear what caused the enormous tree to topple, officials said, but it doesn’t appear to be linked to weather.

“There were no high winds, and we had not had rain,” Stewart said.