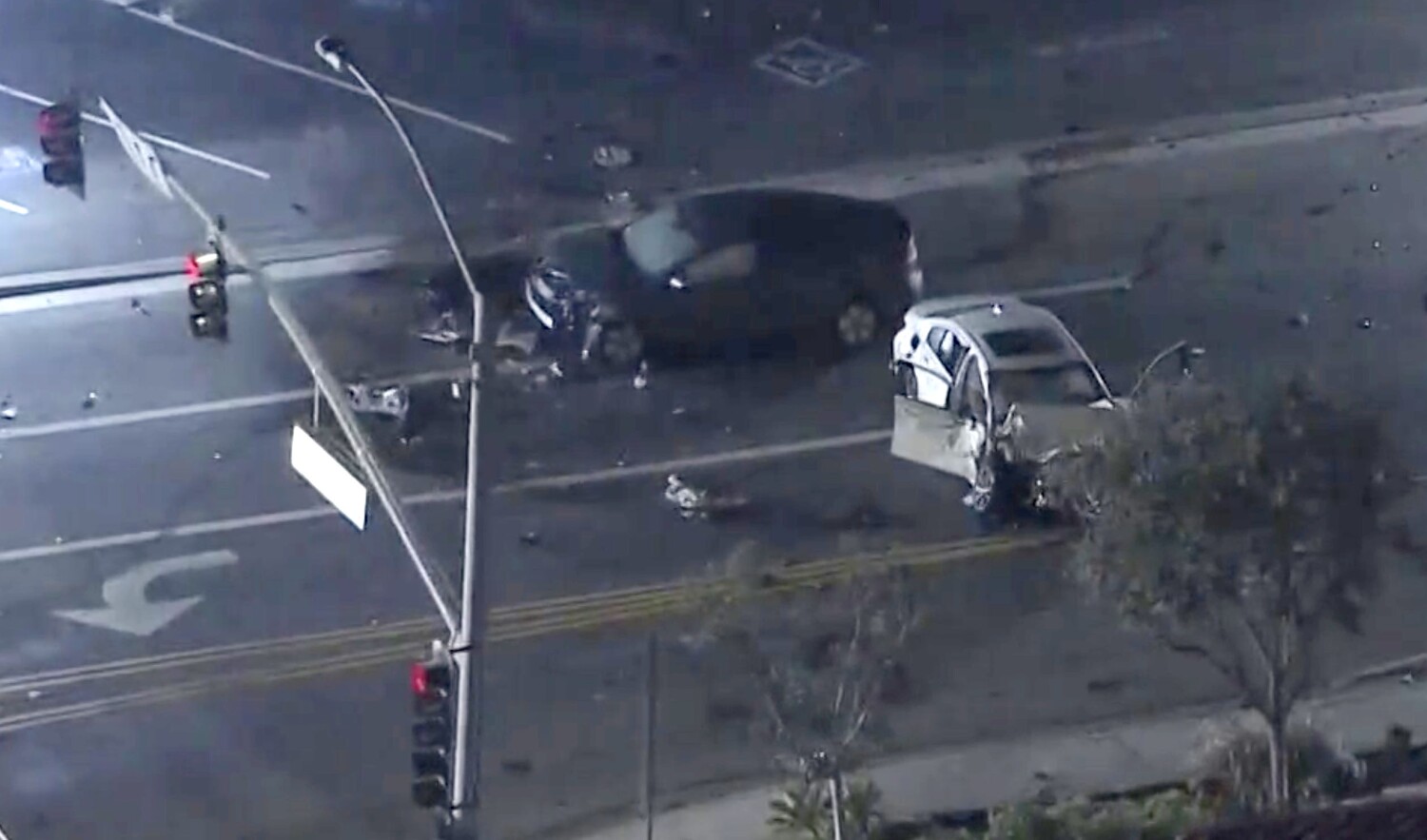 Three people were killed and three more were injured in a four-car crash in Manhattan Beach on Tuesday evening, according to police.

Two men and a woman died in the collision at the intersection of Marine Avenue and Sepulveda Boulevard, according to the Manhattan Beach Police Department.

Police responded to the scene at 9:46 p.m. One of the vehicles had collided with a building.

Three people, including a child, were taken to a hospital with unknown injuries.

There were no immediate arrests, and investigators are still determining the cause of the crash. The names of the victims have not been released.

This is a developing story.

Michael Fanone: ‘Moron’ Capitol Rioter Who Electroshocked Me Was ‘Manipulated’ By Trump